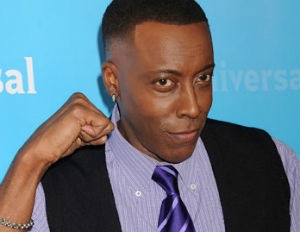 A couple of years ago, I was flipping through the channels and I heard Joel Osteen saying, “Ladies, you need to go get you something from Victoria’s Secret….” He continued on, in his southern accent, with a somewhat creepy fake smile on his face, talking about how you needed to get all dolled up for your husband. My blood pressure started rising. I’m sure I was covered in numerous bodily fluids of my children at the time. Sorry, it was just bad timing, Joel. I began talking back to the TV, then I realized I could magically change the channel. To something less annoying. I’m not sure that Jesus would be urging all women to get to Victoria’s Secret. But I could be wrong.

Randomly, this morning, I was telling my husband that I still wear a bra that I got as a high school graduation present. Class of 1997. Arsenio Hall style Whoop, Whoop, whoop? Thanks to my Aunt Shae. My husband had a hard time believing me and thought it was rather funny. And I do too. Also a little pathetic and sad. It doesn’t speak that highly of the power of my boobs. My boys can rip holes through all sorts of sweat pants in a matter of weeks. I can’t break a bra in over a decade. He said, “You should go buy another one of those bras. If they can last that long, how many years is that…Then I would say that’s a pretty good bra.” I did the math, it was eighteen years ago. That means my bra could legally buy cigarettes. I bought it with a gift card from a Victoria’s Secret in Chicago. It was a really, really thoughtful gift. Who likes to spend money on bras? And belts? Not me. My husband admitted that it was somewhat sad that he has repeatedly bought me lingerie that doesn’t get nearly the wear and (not so much) tear of the daily bra wearing ritual. He learned today that in the future he should probably just buy me a new bra. I like this trait about him. He’s not afraid to laugh about and admit small failures. He listens and learns from his gift buying mishaps. He recognizes what’s best for him may not be best for me, like a new bra, instead of the string tying, hard to tell what’s the top and what’s the bottom, complicated tiny piece of lingerie. A little fabric and a lot of money. And so much work. I’m not too good at figuring out tricky clothes. Having to ask for a tutorial to get into the lingerie somewhat ruins the presentation. Can I have a t-shirt, jeans, and flip-flops, please?

One time I had to take one of these lingerie gift outfits back to Victoria’s Secret. It took some serious pep talking. The horror. With a breast-feeding infant in tow. I hate going into that store, as a mom, about as much as that random man in there buying a gift for his lady. He’s like my dad. It’s awkward. I always feel judged. Partly for my lack of attention to my make-up, nails and of course, for my small boobs. Why are all the small bras and big shoes always gone in stores?? It’s just not right. This time, I had rehearsed my “return excuse.” I walked my medium-sized milk jugs into the front of the store. The main reason was that the see through outfit just didn’t fit and I didn’t want to wear it in my postpartum state. I just silenced the sales associates with, “Do you guys sell any nursing bras?” Nope. Thanks for our money back. Fastest return ever. I’m sure that money probably ended up getting spent on diapers or mall carousel rides.

It’s not that I don’t spend money on things. I do. I even got some new hair cutting scissors, some Norwex cleaning cloths, and a hot pink bucket today. It’s just a lot of difficult steps to purchase a new bra. You really have to be determined and persevere. It’s not even like my back is hurting from this 1997 bra. Can’t some friendly bra-selling woman (not creepy)come to my house, fit me, and maybe bring us some milk too? This may be too much to ask. I know. Or it may cost a bazillion dollars. In that case, I will just keep semi-rocking this 1997 keepsake until it breaks. Or it turns 21, a legal adult bra. Then, it will surely move on to bigger or just better things. Although, sadly, I think a thrift store would probably be its only realistic aspiration. I would never allow it to go in a garage sale. How wrong.

One thought on “Traveling Bra Saleswoman”